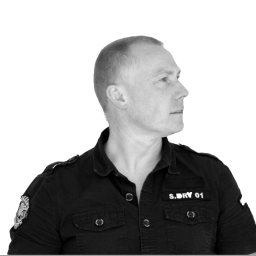 Why does April Fools day no longer seems like the joke it used to?

Checkout All of our Digital Marketing Services

From FB Ads, to Content, to Websites, it's all here

Our range of Products

The Daniel Latto Podcast: The 4 different product types you can sell 

I’m getting older, and grumpier perhaps.

Some would say Ive been that way for some time, and I’m inclined to agree 🙂

But when I see what the politicians are doing, seemingly oblivious to the damage they’re causing society, and the increase in poverty people seem to be going through right now, I find it difficult to see the funny side.

When people with Millions in the bank are making financial decisions for the very poorest in our society, such as a national insurance increase from 12% to 13.25%, meaning they have even less money than they did before, let along with the increase in energy prices, it’s sad that we live in a society that doesn’t protect the most vulnerable.

Like some sombre magic trick, it’s here to make you feel worse than ever, and money is as tight as ever.

Of course, for many, it just means tightening of the belts, and watching the bills a little closely.

And that’s awesome, Im happy for those people.

But for the others below them, the increase in energy bills, council tax bills, national insurance and a whole number of other things like rent and now because of interest rate hikes, homeowners to managed to buy the only house they could afford, it’s turning slowly into a dystopian nightmare.

Normal times now, is going to mean 2nd jobs, side hustles, overtime, selling the family car for a smaller engined one.

I forgot what the dream actually is – it used to be a few holidays a year and a stable and happy life.

Now it’s being able to afford to top up the pre-pay meter and lifes as bleak as it’s been in a looooong time.

What can you do to help ?

Well other than shaking Rishi upside down while his wifes millions drop out (ya know .. from her investments in those Russian businesses that are paying her so well right now), I think it comes down to one thing.

Normal times are gone, and we may as well accept that for the next few years.

And we may as well try and take advantage of it, by being kinder to people not doing as well to you.

A smile here, a good morning there, a ‘look healthy / happy / awesome’ today can go a long way towards lifting someone’s mood and make it all feel worthwhile while they’re searching for a 2nd job, a side hustle or a way to cut their energy bills down somehow.

Now, having said all that, I’m the first person to call someone the ‘C’ word if they cut me up while driving, so some of it may take a bigger conscious effort than it has done in the past.

But hey … nobody said we were anything other than a “work in progress”.

So let’s try this for today

3. perhaps a ‘what can I do to help you today’ for someone you see really struggling financially, emotionally or mentally.

Good luck out there !

Our Most Comprehensive Marketing Package

Our Best EVER Value Package

Designed for the Local Estate Agent

Buy Now
Before placing an order, most clients prefer to speak firstClick Here to Speak to one of our Team

Book Your Strategy Session With me