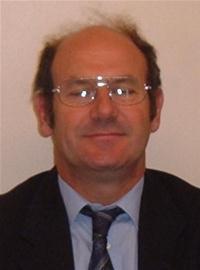 You can read the councillors written response here :

““So Gareth, how many properties do you own?   Your email is deeply flawed, do you seriously believe that the `buy to let` brigade give a fig for those they are exploiting with high rents and short tenancies.

Stop thinking about your own pocket and think about society, you lot are nothing, but, parasites and the sooner you are taxed out of existence the better.

Just because I am a Conservative does not mean that I do not have a social conscience, well done to George Osbourne.  As for you. Try doing some public service and stop snivelling.

According to the Salisbury Journal, Chris Devine stands by his words and had received many positive responses from “across the political spectrum”.

What do I think ?

Well, when rents go out of control yet again, we’ll be able to remind this councillor of his words.

To state this this is ‘pathetic’ when people on lower wages are going to be evicted as rents increase is appalling.

But what else can we expect from a tory councillor who can do and say anything he wants without fear of losing his position.

This is the state of British Politics.

Yet another fine example of the types of people who become MP’s and need teaching a lesson or two about what it’s like to live in the real world, rather than the one he gets to live in where he can claim expenses without any receipts.

All of this coupled with the fact that recent government policy will simply put rents up.

A contraction in the rental market caused by higher taxation on revenues (and not profits like other businesses) AND the increase in 2nd homes on Stamp Duty payments, WILL mean a contraction of the market and rents WILL increase.

It doesn’t take a degree in property to understand that.  Luckily for the councillor, he has absolutely no education or experience in this matter.

As a person who has voted tory in the past, it’s appalling to think that underneath all of this facade, that this is what they really think of us all.

Once more, it shows just how out of touch these people are with hard working people trying to build a pension by providing a service of quality housing in line with the market rental.

I’ll leave you with Councillor Devines’ remarks “you lot are nothing, but, parasites and the sooner you are taxed out of existence the better. “

What a nice man he is.