Today, I am mostly wearing SuperDry (Brought to you by my 20 year old decision)… 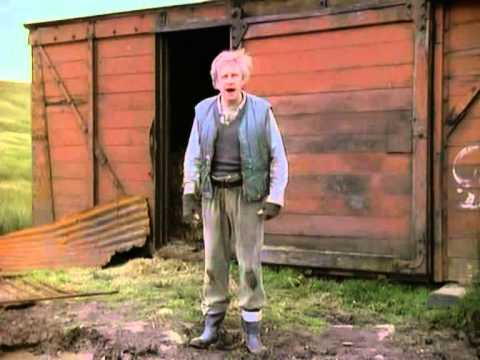 Today, I am mostly wearing SuperDry (Do you remember Jesse from the Fast Show?) … and lounging round the house here in Spain.

That’s been the benefit of putting your money into something that grows itself for the last 20 years.

I remember when I first started buying properties and saved as much as I could just for that first house 20 years ago.

Everyone told me not to do it. Including my mum. (In fact, especially my mum – because that’s what mums do, right)

That was 20 years ago. And those decisions meant that 20 years after that, here I find myself in Spain with the rain, wearing my tracksuit bottoms and a tshirt, deciding to literally, do nothing all day.

Those decisions meant that my return on capital, which was some number that all property investors work out, actually does’t explain the lifestyle that it gives you. That’s somehow missing off the spreadsheet. There’s no column for ‘walking the dog along the beach front in November in the sun’

And I see property investors all day long who are frantically working out the numbers seeing if the deal is a good one or not. And that’s not a bad thing, that’s what you’re SUPPOSED to do. So of course it’s a good thing.

But on top of all that lifestyle fluffy wuffy stuff, those numbers should be designed to grow your cash over time, so that you can reach the point where you don’t need to go to work, or at least work so damn hard. Or even at least just to tell your boss to ‘do one buttercup’ (passive aggressive at it’s finest)

I still believe that we weren’t put on the Earth to work all die, pay bills and then die.

I believe we’re here to do whatever we decide to do, as long as it’s legal of course (and ethical) and doesn’t harm others.

So if that means putting your money into something that has the chance to grow, in order to give your future self the chance to decide to work or not, then that’s got to be a good thing.

But I hear all the other people – you know the ones; ‘that won’t work’, or ‘it’s too big a risk’, or my favourite ‘my mate did that and the tenants stuck pizza boxes on the walls’ (seriously – as though that’s a reason why you shouldn’t plan your future!)

As opposed to what … working the same job for the next 25 years and hoping you have enough left over to retire on ?

The risk for me all those 20 years ago was having the same shitty boss (but in different jobs under a different giuse, but fundamentally the same one) for the rest of my life.

That risk was the bigger of the two risks. I would have rather risk losing some of my cashthan continue orking as I had.

And I’m talking about all purchases here that will affect your future – from Property, through to Bitcoin, through to starting a new business.

Do it. Just start. It doent matter how small. Your future self will thank you for it, either for the returns it gives you, or for the lessons you needed to learn to move forward.