The $500 Million Baby: Meet 'Mo' Dewji, Who Vows To Be Africa's Richest Man 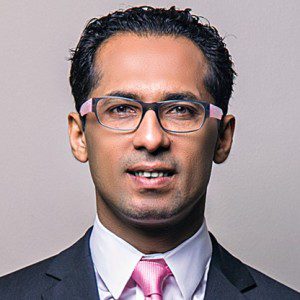 After studying business at Georgetown University, Mohammed ‘MO’ Dewji returned to Tanzania, took over his father’s commodities trading business and transformed it what he describes as a $1.3 billion (revenues) manufacturing empire empire. He plans to become the richest man in Africa by 2023.

It’s a scorching hot afternoon in Morogoro, a small commercial city in the southern highlands of Tanzania, but Mohammed Dewji is the picture of cool.  Dressed in a dapper pinstriped suit that accentuates his regal posture, the bespectacled young tycoon strides through the premises of a large textile manufacturing facility he owns. There’s a spring in his step, and as some of the factory employees momentarily abandon their work to catch a glimpse of the boss, Dewji smiles and waves at them with the characteristic charm of a veteran movie star.

When he reaches a large group of women knitting cotton in the factory, they stop abruptly and jump excitedly to see him. Dewji does not visit often, and they are apparently quite excited to see him again. They acknowledge him with a traditional Swahili welcome song, and Dewji, blushing, immediately breaks into an impromptu variation of a local dance.

It’s a bit hilarious watching him twist and twirl, but one can forgive him for the victory dance. Since 2003 when he took full control of Mohammed Enterprises Tanzania Limited (METL), a medium-sized commodities trading business his father helped found, Dewji has transformed the company into one of the largest industrial conglomerates in East Africa, with interests in manufacturing, distribution, trading, haulage, storage and real estate, annual revenues he says are $1.3 billion and a workforce of over 20,000 people.  He’s also earned an enormous fortune along the way – $500 million by FORBES’ latest estimate, which puts him at the 38th position of our latest ranking of Africa’s 50 Richest. At 38, he is the youngest member of the rich list, hence the sobriquet, ‘The $500 million baby’.

After getting a bachelors degree in International Business and Finance from Georgetown University, ‘Mo’, as he is called, got a job on Wall Street where he worked 100-hour weeks and earned roughly $60,000 a year. But 60 grand is hardly enough when you’re paying rent in Manhattan and over 30% of your earnings go to Uncle Sam. Within a few months of working in Wall Street, Dewji realized he needed extra financial support from his father.

“One day, I called my father and asked him to supplement my income. I was going through a financial crunch. Rent for my small apartment was $30,000 a year, and I was paying over 30% of my income in taxes. Life was really expensive,” Dewji says.

Mo’s father politely declined to offer any more financial support, instead inviting him to return home and join the family business.

“My dad said I was chasing pennies in New York when there was a fortune to be made in Tanzania. He said I was just wasting my time in the U.S,” Dewji recollects with a smile.

On the heels of his father’s advice, Mo, who was 23 years old at the time packed his bags and returned to Tanzania.

The year was 1999 and METL was a trading house. The company was doing roughly $30 million in annual revenues by importing and selling goods like salt, sugar, biscuits, confectionaries, toothpick and clothing. It also had a successful transport/haulage business. METL’s business was wholly centered on its trading activities. For Mo, it was not challenging enough.

“Trading makes a decent amount of money, but I’ve always felt it is too passive. We were importing soap, which to me was ridiculous. Why import soap? Why couldn’t we manufacture the soap ourselves?” Dewji says.

So he approached his father and suggested that they start manufacturing certain items. At first, Mo’s father tried to dissuade him from pursuing his manufacturing plans. It was too capital-intensive and his father wanted Mo to focus on a business they already understood. But Mo, never one to remain in his comfort zone, studied the model, did the projections and made a compelling case to his father.

In 2003, the Tanzanian government put up some loss-making state-owned manufacturing assets for sale.

“These companies had been run down to bankruptcy and the government was selling them off at giveaway prices. It was the opportunity I had been waiting for. Most times, it makes more economic sense to buy up an already existing facility than building one from scratch,” Dewji reckons.

Dewji, who was just 29 at the time, took a $1 million loan from his father and bought a soap manufacturing plant that was up for sale. He also acquired an edible oil refinery and a couple textile mills that were either defunct or underperforming. Using a lean management style, investing in technology and experienced personnel and cutting costs as much as possible, Dewji turned these facilities around and says he made them profitable in less than two years.