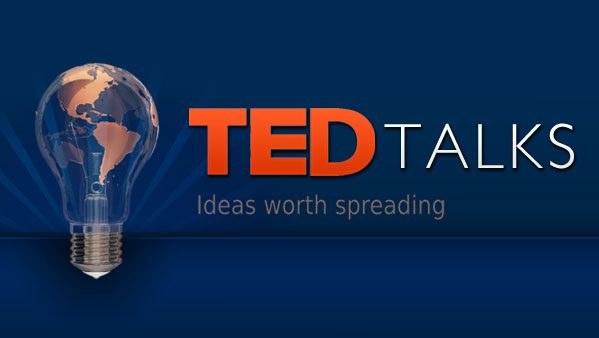 So, stepping down out of the bus, I headed back to the corner to head west en route to a braille training session. It was the winter of 2009, and I had been blind for about a year. Things were going pretty well. Safely reaching the other side, I turned to the left, pushed the auto-button for the audible pedestrian signal, and waited my turn. As it went off, I took off and safely got to the other side. Stepping onto the sidewalk, I then heard the sound of a steel chair slide across the concrete sidewalk in front of me. I know there’s a cafe on the corner, and they have chairs out in front, so I just adjusted to the left to get closer to the street. As I did, so slid the chair. I just figured I’d made a mistake, and went back to the right, and so slid the chair in perfect synchronicity. Now I was getting a little anxious. I went back to the left, and so slid the chair, blocking my path of travel. Now, I was officially freaking out. So I yelled, “Who the hell’s out there? What’s going on?” Just then, over my shout, I heard something else, a familiar rattle. It sounded familiar, and I quickly considered another possibility, and I reached out with my left hand, as my fingers brushed against something fuzzy, and I came across an ear, the ear of a dog, perhaps a golden retriever. Its leash had been tied to the chair as her master went in for coffee, and she was just persistent in her efforts to greet me, perhaps get a scratch behind the ear. Who knows, maybe she was volunteering for service. (Laughter)

But that little story is really about the fears and misconceptions that come along with the idea of moving through the city without sight, seemingly oblivious to the environment and the people around you.

So let me step back and set the stage a little bit. On St. Patrick’s Day of 2008, I reported to the hospital for surgery to remove a brain tumor. The surgery was successful. Two days later, my sight started to fail. On the third day, it was gone.

Immediately, I was struck by an incredible sense of fear, of confusion, of vulnerability, like anybody would. But as I had time to stop and think, I actually started to realize I had a lot to be grateful for. In particular, I thought about my dad, who had passed away from complications from brain surgery. He was 36. I was seven at the time. So although I had every reason to be fearful of what was ahead, and had no clue quite what was going to happen, I was alive. My son still had his dad. And besides, it’s not like I was the first person ever to lose their sight. I knew there had to be all sorts of systems and techniques and training to have to live a full and meaningful, active life without sight.

So by the time I was discharged from the hospital a few days later, I left with a mission, a mission to get out and get the best training as quickly as I could and get on to rebuilding my life. Within six months, I had returned to work. My training had started. I even started riding a tandem bike with my old cycling buddies, and was commuting to work on my own, walking through town and taking the bus. It was a lot of hard work.

From that came a lot of insights, or outsights, as I called them, things that I learned since losing my sight. These outsights ranged from the trival to the profound, from the mundane to the humorous. As an architect, that stark juxtaposition of my sighted and unsighted experience of the same places and the same cities within such a short period of time has given me all sorts of wonderful outsights of the city itself. Paramount amongst those was the realization that, actually, cities are fantastic places for the blind. And then I was also surprised by the city’s propensity for kindness and care as opposed to indifference or worse. And then I started to realize that it seemed like the blind seemed to have a positive influence on the city itself. That was a little curious to me.

Let me step back and take a look at why the city is so good for the blind. Inherent with the training for recovery from sight loss is learning to rely on all your non-visual senses, things that you would otherwise maybe ignore. It’s like a whole new world of sensory information opens up to you. I was really struck by the symphony of subtle sounds all around me in the city that you can hear and work with to understand where you are, how you need to move, and where you need to go. Similarly, just through the grip of the cane, you can feel contrasting textures in the floor below, and over time you build a pattern of where you are and where you’re headed. Similarly, just the sun warming one side of your face or the wind at your neck gives you clues about your alignment and your progression through a block and your movement through time and space. But also, the sense of smell. Some districts and cities have their own smell, as do places and things around you, and if you’re lucky, you can even follow your nose to that new bakery that you’ve been looking for.

All this really surprised me, because I started to realize that my unsighted experienced was so far more multi-sensory than my sighted experience ever was. What struck me also was how much the city was changing around me. When you’re sighted, everybody kind of sticks to themselves, you mind your own business. Lose your sight, though, and it’s a whole other story. And I don’t know who’s watching who, but I have a suspicion that a lot of people are watching me. And I’m not paranoid, but everywhere I go, I’m getting all sorts of advice: Go here, move there, watch out for this. A lot of the information is good. Some of it’s helpful. A lot of it’s kind of reversed. You’ve got to figure out what they actually meant. Some of it’s kind of wrong and not helpful. But it’s all good in the grand scheme of things.

But one time I was in Oakland walking along Broadway, and came to a corner. I was waiting for an audible pedestrian signal, and as it went off, I was just about to step out into the street, when all of a sudden, my right hand was just gripped by this guy, and he yanked my arm and pulled me out into the crosswalk and was dragging me out across the street, speaking to me in Mandarin. (Laughter) It’s like, there was no escape from this man’s death grip, but he got me safely there. What could I do? But believe me, there are more polite ways to offer assistance. We don’t know you’re there, so it’s kind of nice to say “Hello” first. “Would you like some help?”

But while in Oakland, I’ve really been struck by how much the city of Oakland changed as I lost my sight. I liked it sighted. It was fine. It’s a perfectly great city. But once I lost my sight and was walking along Broadway, I was blessed every block of the way.

I didn’t get that sighted. (Laughter) And even without sight, I don’t get that in San Francisco. And I know it bothers some of my blind friends, it’s not just me. Often it’s thought that that’s an emotion that comes up out of pity. I tend to think that it comes out of our shared humanity, out of our togetherness, and I think it’s pretty cool. In fact, if I’m feeling down, I just go to Broadway in downtown Oakland, I go for a walk, and I feel better like that, in no time at all.

But also that it illustrates how disability and blindness sort of cuts across ethnic, social, racial, economic lines. Disability is an equal-opportunity provider. Everybody’s welcome. In fact, I’ve heard it said in the disability community that there are really only two types of people: There are those with disabilities, and there are those that haven’t quite found theirs yet. It’s a different way of thinking about it, but I think it’s kind of beautiful, because it is certainly far more inclusive than the us-versus-them or the abled-versus-the-disabled, and it’s a lot more honest and respectful of the fragility of life.

So, in designing a city for the blind, I hope you start to realize that it actually would be a more inclusive, a more equitable, a more just city for all. And based on my prior sighted experience, it sounds like a pretty cool city, whether you’re blind, whether you have a disability, or you haven’t quite found yours yet.