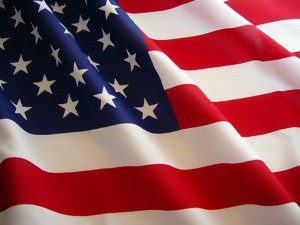 Like a convert to a religion, many times the most ardent supporters of a country are those who have chosen to immigrate to said country. During the course of a recent conversation that I had with uber-entrepreneur Sebastian Thrun (CEO of Udacity, and former leader of Google X), I was inspired by a segment of our conversation about his feelings about his adopted country.

In his native Germany, Thrun completed a Vordiplom (bachelor’s degree) in computer science, economics, and medicine, from the University of Hildesheim in 1988. At the University of Bonn, he completed a Diplom (master’s degree) in 1993 and a PhD in 1995 in computer science and statistics. He pursued academic positions in the United States after graduation, an accepted a role as research computer scientist at Carnegie Mellon University in Pittsburgh in 1995. Three years later, he became an assistant professor and co-director of the Robot Learning Laboratory at the university. He would join the faculty of Stanford in 2003 and he was appointed the director of the Stanford Artificial Intelligence Laboratory. His work would attract the attention of Google through which he founded Google X, which would propel him to lead projects that would become Google Glass, the self-driving car initiative, and Google Street View, among others.

When I asked Thrun how his improbable rise to lead so many greatly influential projects both at the academic settings as well as in industry was impacted by his having come to America, he indicated that the two were inextricably linked. He said, “I am deeply in love with Silicon Valley and with the American Dream that we can change the world. I came from Germany, which is a bit more traditional in its thinking and risk taking isn’t as prominent there as it is in Silicon Valley or in America more generally.  In Silicon Valley, I have learned by being here that you can ask any question and you can climb any mountain and if you don’t aim high enough you won’t shoot very high. This is the time to go crazy about innovation, and what better place than in Silicon Valley where I am surrounded by people that are much smarter than me and from whom I can learn a lot in how to change the world.”

By way of further explaining the network of influential people one finds in key places in the U.S., he highlights the four people who have been most influential to him in his career, all of whom he met or became familiar with after coming to America. He mentioned his mentor and professor at Carnegie Mellon University, Tom Mitchell. Thrun says of Mitchell, “Tom had this unbelievable ability to reinvent himself, his own career and focus on really big problems.” One can see the reinvention ever present in the series of meaningful projects that Thrun has led.

He mentions three people who he has come to contact with in Silicon Valley. Of Google CEO Larry Page, Thrun says, “Larry has had an enormous impact on me. For one, his IQ was about factor 10 above mine, which is something that is very humbling, but at the same time, Larry has this amazing ability to just think logically and to dive into problems with a clarity that is really admirable.”

Although he has spent less time with him, he also sites Elon Musk as an influence. Of Musk, Thrun says, “The fact that Elon has chosen some of the biggest and riskiest ideas to pursue, and pursued them successfully simultaneously has been truly remarkable. His creativity and drive are unequalled.”

Lastly, Thrun mentions Salman Khan, the founder and CEO of Khan Academy. The idea of Udacity started with the inspiration from Khan, whose videos Thrun admired. He realized that the traditional teaching model that he was very much a part of, largely based on a professor speaking from the head of the class at students should be modified to be more inclusive, more collaborative, and less fussy about location. Thrun says, “Khan is an inspiration, and I owe a lot to him for the vision that he created with Khan Academy.”

Thrun claims that the U.S. is unique in attracting immigrants like Musk and himself, while also bringing out what is best in natives like the other three people noted. The fact that entrepreneurship comes from America’s founding means that it is in our DNA as a society in a way that may well be unique.

Thrun concluded by saying, “If I think about why I am in America and what makes America special, it is exactly this. Our founding fathers came over in moments of war and had to claim the continent for themselves. We made up all the rules from scratch in a wonderful way, and I think that gene of being American persists to the present day and you find it not only in Silicon Valley, but in many other major U.S. cities. We must never forget this critical advantage that this country has.”

Peter High is the President of Metis Strategy, a business and IT advisory firm. He is also the author of World Class IT: Why Businesses Succeed When IT Triumphs, and the moderator of the Forum on World Class IT podcast series. Follow him on Twitter @WorldClassIT.