NEW : Podcast 110 – Why Profit is More Important Than Turnover 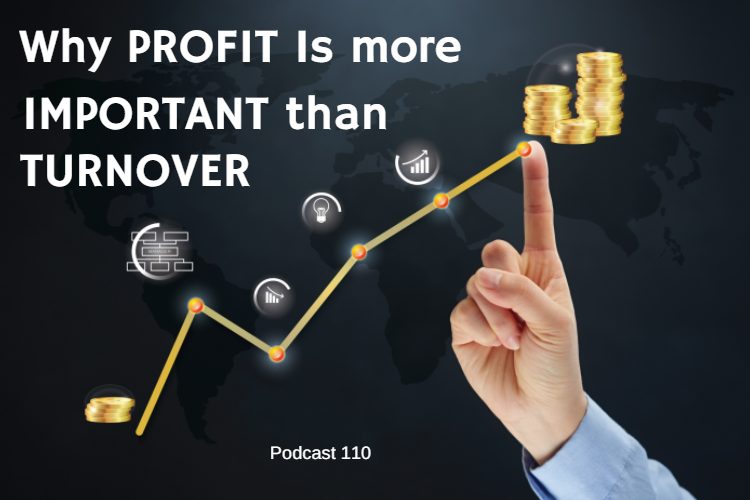 So during a recent chat on Facebook, I was talking to a nice guy, but whose business had taken over his life.

His revenues were UP, but profits were DOWN.

Stress was UP, but time with family was DOWN.

Sometimes more turnover/revenues is not the answer.

I know, it sounds all a bit ‘Jerry Maguire’ doesn’t it (Have you seen that film yet?)

Anyway, take a listen, and let me know what you think.