More businesses started by enterprising young people over past year 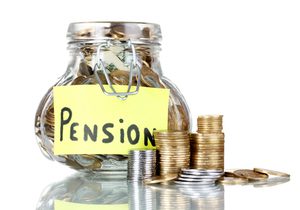 Young people are turning to business in considerable numbers

The number of people aged between 18 and 24 either starting a small business or freelancing has almost doubled in the past 12 months, according to a study.

The 18-24 year old demographic is the fastest-growing age group on freelancer website PeoplePerHour, with a 97 per cent rise in new micro and small business owners registering on the website in the past year.

The top three sectors in terms of numbers are internet-based businesses, apps and retail.

As part of the survey, PeoplePerHour asked small business owners across all age demographics how they felt about running a business, especially in the current climate.

More than two thirds (70 per cent) say it is not easy and that the next six months would be make or break.

Asked what they would do if the business failed, almost half had the ‘if at first you don’t succeed’ attitude, and said they would start another business.

Almost nine out of ten (87 per cent), say they are happy or very happy with being in control of their own destiny, with more than half (54 per cent) of respondents saying they are never or unlikely to consider working for someone else again.

A third (33 per cent) of those business owners questioned say they started working for themselves for a better work-life balance, more than a quarter (26 per cent) want to pursue a hobby or passion, while 14 per cent say it is because they were unable to find full-time employment.

The majority (78 per cent) say they are keen to grow despite the adverse economic conditions.

PeoplePerHour founder Xenios Thrasyvoulou says, ‘The barriers to starting a business have never been lower, and this could be one of the main reasons we’re seeing such a big rise in the younger generation choosing to take the self-employment route earlier on in their careers.

‘Our research shows that despite the stresses and money worries that are often associated with starting and growing a business, the rewards and overall satisfaction that people get from being their own boss, clearly help overcome many of the obstacles standing in their way. The dream of being an entrepreneur is no longer just that.’

See also: How to reconnect young people and organisationsRelated topics: Entrepreneurs You have been subscribed to the newsletter.