Microsoft: A Strategic Partnership Pays Off 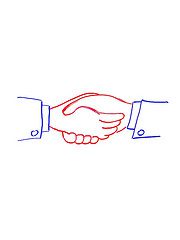 A strategic partnership between Microsoft Microsoft and Best Buy Best Buy to set up Microsoft Windows Stores at Best Buy is beginning to pay off. Sales of Microsoft’s Surface 32GB topped the list of items sold at Best Buy on Black Friday, according to iPad Insight.

To be fair, data from one season isn’t sufficient to confirm a trend. Nonetheless, Surface’s superior performance in Best Buy stores demonstrates that electronic gadgets are not commodities that can be purchased merely anywhere, especially as these products become more sophisticated.  Besides, getting into retailing can be a very profitable enterprise for gadget makers, as the history of Apple stores confirms.

Microsoft’s Windows Stores occupy between 1,500 square feet to 2,200 square feet of Best Buy floor space, allowing consumers to compare and purchase a broad range of the company’s products and accessories, including Windows-based tablets and PCs, Windows Phones, Microsoft Office, Xbox, and so on.

For Best Buy, the opening of Windows Stores–and Samsung stores—puts an end what has come to be known as “show-rooming”–a practice in which customers did their window-shopping at Best Buy, but did their actual shopping at Amazon.com Amazon.com which offered better prices than Best Buy. Investors have already taking notice, driving the stock close to its 52-week highs.

Microsoft and Best Buy need another strategic partnership or two to catch up with competition.