A Series of Forbes Insights Profiles of Thought  Leaders changing the  Business Landscape: Julie Uhrman, Founder and CEO of Ouya

The video gaming business is BIG business. According to Newzoo’s 2013 Global Games Market Report, video game revenues will grow to $70.4 billion worldwide this year, representing a 6% year-on-year increase. The number of gamers is expected to surpass 1.2 billion by the end of the year.  The latest Xbox console just launched with one million units sold in the first 24 hours.  Sony’s Ps4 release has reached five million units to date since its launch in November. 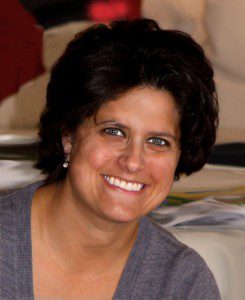 So what business does Julie Uhrman’s new video gaming console and platform company, OUYA, have going up against the big boys in this hyper competitive, high-risk market?   Calling OUYA an underdog in this business is the understatement of the year.  And yet there is the real possibility that Julie Uhrman’s irrepressible resolve, competitive spirit and personal passion for the gaming business make OUYA a potential David among the Goliaths.

“We exist because people wanted us to exist,” says the hyper-enthusiastic Uhrman. “Last July we sought to raise $950,000 through Kickstarter.  We surpassed the  $1 million mark in the first eight hours of the campaign—63,000 people invested in our idea and we ended up raising over $8 million in total,” continues Uhrman.

OUYA is re-thinking and re-inventing the way video games are created, played and sold.  In an age of multi-billion dollar game console launches and mega game franchises like Call of Duty that rival any entertainment franchise in any media or movie studio, OUYA is building a company for and by the gamer community built on the premise that an open system will bring in a ground swell of game developers and gamers who don’t want to have to choose between one game platform system or another.

Julie is the personification of the market she serves. An avid gamer herself, she plays platformers, third person shooters and, most of all, she loves playing games on the television. But the last few years, she’s played more on mobile phones, because that’s where the action’s been. She wants to go back to playing on a TV, which is why she founded OUYA. By combining classic console format with the ease-of-access of open mobile SDK’s, Julie seeks to make OUYA the open pathway for all developers – AAA and indie alike – to bring their craft to the world.

“Developers had moved away from the TV to mobile because it’s easier and less expensive.  This gave rise to amazing games like ‘Candy Crush’ that has no real goal, no story and don’t fit into any genre, yet are still incredibly entertaining and addictive. What OUYA has done is provide an open, mobile-based platform for people to develop the games they love to play, then giving gamers access to play them on their television where they can have the best entertainment experiences with those games.”

To add to its challenger business model and attitude, OUYA is a female-led company in a predominately male dominated industry. “I have mostly women working with me at OUYA, but it’s only a function of finding the best talent — Kellee Santiago is the Head of Developer Relations (formerly co-president/founder of thatgamecompany), Patricia Parra is the Head of Marketing and Product Strategy (formerly of Hulu and HBO GO), Abby Topolsky is Head of Communications (formerly of EA) and Julie White is the Head of Finance (formerly of Activision).” 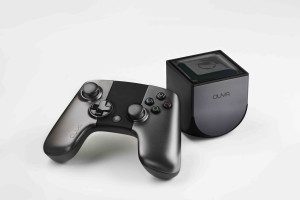 “We want to be open and accessible to all types of games and gamers. Up until now, the television has been a locked box, but mobile opened the door to developers. We also wanted to create something that was affordable but still offered amazing gaming experiences, and that is why OUYA is priced at just $99 and all of our games are free to try – we want people to love the game before they buy it. OUYA also has a really powerful chip to create an immersive experience for people playing our games,” says Uhrman.

Started on Kickstarter a little over a year ago, OUYA is building a new platform based on the Android OS. Their App store is a free to try model and they are building a new community of games, gamers and developers. “How do you get games if you don’t have content?  How do you get developers to create content if you don’t have gamers? (Our model) is the opposite of the ‘game of dreams’ mentality of ‘build it and they will come.’  Our model is ‘if you come, we’ll build it and that is different from any other console or platform out there,” says Uhrman.

The console and game platform launched in the U.S., Canada and the U.K. in June. “Since we launched, we have 28,000 developers working on the platform. We established our own community who believes what we believe and what we’re doing. For example, we learned that 8% of men are color blind—so our community asked us to change the controller design and we did. We’re a team of 33 by payroll—but we have tens of thousands of people who contribute to building the platform and the company which means that ultimately, we are building this together,” says Uhrman. “There was a general head nod that this model makes sense—but most people think ‘there’s no way you are going up against Microsoft, Sony and Nintendo and survive, let alone succeed.’  The goal was to use as many tools that were open so that anyone can use OUYA as the canvas to have or create a great game experience,” continues Uhrman.

Julie provides some examples of the developer community created games coming out of the OUYA platform: “One of our developers has a child battling cancer.  He has made a game around that experience that he feels should be shared—through the television. We also have a game called ‘Astronaut Rescue’ that an eight year-old developed while he recovered after a skiing accident. Guys that have been working on a game for five years now have an outlet for their creativity and passion to be published. In the end, we’re a partner with our developer community and when true partnerships like this happen – and you allow the community into the system –  the results will be unspeakably exciting games that people love to play,” says Uhrman.  There are now so many tools to create your own games—Unity, Unreal, etc.—that provide opportunities for the truly homespun game developer.

“OUYA stands for ‘Open, Universal and Ya just sounded good,” is how Uhrman describes the genesis for the company name.  The company works on a 70/30 revenue share model with their developer community (70% going to the game developer) and have built retail distribution partnerships with the likes of Amazon and Target stores nationwide.  “So far we’ve far exceeded expectations and we have more than 500 games in our system, 70 of which are exclusive to OUYA – demand is incredibly high since we launched in June. To-date, TowerFall is the most popular game on OUYA , but this is just one of many and we’re really excited to see what’s to come from the developers publishing on our platform as we continue to grow,” continues Uhrman. “We announced the idea in July 2012, shipped our first retail unit in June of 2013 and this October we expanded to Europe, the Middle East, Poland and Brazil. Kickstarter taught us that there is a place for an open platform. Even more, the device is beautiful and the design is elegant. It offers an incredible 1080P visual experience on your TV, with games that you can play with your best friends on your coach. What’s better than that?” exclaimed Uhrman.

Julie’s upbringing and background have positioned her well to take on the gaming establishment. “I’ve always loved games.  I wrote code early. I was born and raised in L.A. and have been around the creative process all of my life—though I don’t consider myself creative. My step father was an entrepreneur and he told me to always be on the revenue side of the business, but still raised my twin sister and me to  believe that everything is possible. Now as an adult,  when people say no, I think that they are just not spending the time to think it through. If you believe you offer something of true value, then ‘no’ doesn’t matter,” says Uhrman.  Julie did her undergrad at Washington University, where she and her sister played basketball.  She then got her MBA at UCLA.