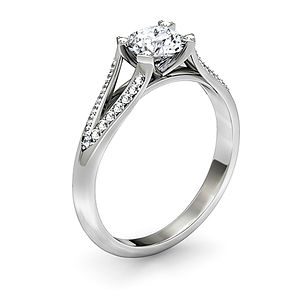 A Georgia court ruled that a man who jilted his fiancée is liable for $50,000 in damages. See Man must pay $50K for breaking engagement. In happier times, on Dec. 23, 2004, Christopher Ned Kelley gave Melissa Cooper a $10,000 ring. The couple started living together in 2000 and had a child. Things went south when she learned he was seeing another woman in 2004.

Ms. Cooper claims they patched it up and she agreed to stay when he promised marriage. Sure, they discussed it a few times, Mr. Kelley claims, but he never said the magic words, “Will you marry me?” In any case, things went south again in 2011 when Ms. Cooper found about yet another woman.

This time they broke up and she sued for fraud and breach of contract to marry. Not all states permit such suits, but she was awarded $50,000 at trial. Mr. Kelley appealed, but the Court of Appeals upheld it.

The tax law makes the mess worse for both of them. Mr. Kelley can’t deduct any of the damages on his taxes, since he isn’t paying the $50,000 for business or investment. Yet, Ms. Cooper has to pay tax on all the money, even the share going to her lawyer.

Most legal damages are income. Ms. Cooper could have kept the whole $50,000 if she sued for physical injuries or sickness. Before 1996, any “personal” damages were tax-free too, including emotional distress, defamation, etc. But since 1996, the injury must be “physical,” which means Ms. Cooper is taxed.

Plus, most lawyers take their contingent fee and just send the client the balance. Nevertheless, the tax law assumes the client received 100% and then paid the lawyer. Depending on the type of case and whether it relates to a business, plaintiffs often must include the legal fees in income but be unable to fully deduct them. See Need A Tax Deduction? Pay Legal Fees By Year-End.

Couldn’t taxes have been reduced here? Maybe, but only if the couple actually married. If you divide property between spouses (or within limits, post-divorce), Section 1041 of the tax code says there’s no tax to either party. That means couples can divvy up property however they want (as long as both spouses are U.S. citizens).

But don’t assume “tax-free” means there are not big tax consequences. When you divide property, the fair market value of the property is only one element. You’d better also consider the tax basis of the property you divide since that controls future taxes.

In any lawsuit, try to get tax advice before you settle. A little planning and some good tax language in your settlement agreement can make all the difference. Consider how you were damaged, how the case was resolved, and how checks and IRS Forms 1099 were issued. The IRS isn’t bound by an agreement’s wording, but it can help.

You can reach me at Wood@WoodLLP.com. This discussion is not intended as legal advice, and cannot be relied upon for any purpose without the services of a qualified professional.