Its 'World's Cheapest car' Tag Made The Nano Undesirable In India 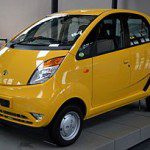 Ratan Tata, chairman emeritus of one of India’s largest conglomerates, Tata, has spoken out. The patriarch recently told a television channel that the ‘cheapest car’ tag – a label that his group company Tata Motors proudly and repeatedly touted to emphasize its own prowess in thrifty innovation and frugal engineering – was the Nano’s undoing.

In an India where the pre-liberalization ‘cheap is best’ mantra has become outmoded, many other brands too have floundered by labeling themselves ‘cheap’. Tata had marketed the jelly bean-shaped mini-car as a ‘one-lakh-rupee’ product at a time when the idea of developing a $2,000-car was considered audacious and unachievable anywhere in the globe. (The one-lakh was its initial base price, its price currently starts at about 1.5 lakh rupees and over).

It was to be a “People’s car”, an entry-level, all-weather personal transportation for hordes of India’s two-wheeler users, from young professionals to middle-class families.

Much hype surrounded the ambitious car project. The Nano was expected to take the Indian roads by storm, offering an affordable alternative to many families who perched four or five to a two-wheeler and weaved through India’s perilous urban traffic.

But the car’s marketers did not bargain for one fact. In a country whose romance with brands has just begun its low-cost label made the Nano lose aspirational value. For many young, status-aware professionals who covet brand and style even at ‘value-for-money’ prices, the Tata Nano just did not have the desirability quotient. And in order to sell it at its much-hyped price tag, the carmaker had cut many corners.

“Harping on the ‘cheap’ price tag was certainly the car’s undoing,” says India-born, Paris-based brand strategist, Shombit Sengupta. “Young Indians do not necessarily think cheap is best, they like things to have embellishments and dazzle.” Sengupta said many brands from detergents to computers have perished after being branded ‘cheap’. “Cheap is a label that even the Indian software industry is trying to shake off.”

The Nano’s launch in 2009 was damp. Its sales numbers have kept plummeting despite attempts to refresh its image by offering it in snazzy colors and launching an eco-friendly, bi-fuel variant. In the April-September 2013 quarters, the Nano sold just over 12,000 units against 43,627 units in that period in the previous year.

Now, Tata Motors wants to launch the car by another brand name in other emerging markets like Indonesia. Ratan Tata is quoted as saying there is interest in the Nano in overseas markets such as Europe where it could be marketed as an upmarket product. And ultimately, Tata hopes the car can return to India with a refreshed image, minus the old stigma.