A Fistfull of Bitcoins (Going through Manchester Airport Security) 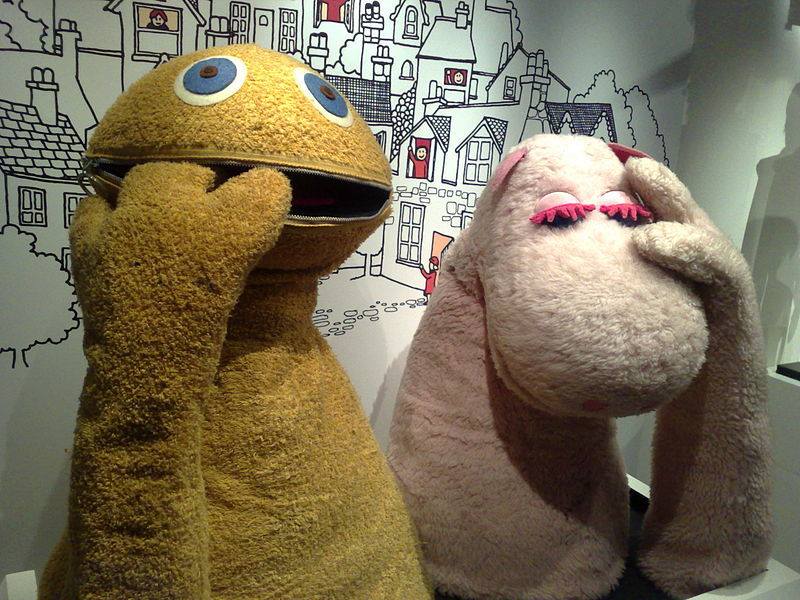 So the scanner goes off and the guy is going through my backpack looking for some liquids that didn’t exist.

He then sees the bitcoin, and as they look like a gold coin had a closer inspection.

So I explain that I bought them from ebay for about £2 each. Bless him, he’s only a customs officer on the minimum wage –
(I checked the last time they pissed me off – INDEED had a job advert paying £7.50 an hour about 2 years ago and I actually applied for a job enclosing my c.v. which was actually a picture of zippy and george from Rainbow (shown below!) along with a cover letter that explained how rude I can be to innocent passengers and that I can be just as obnoxious as the staff at the airport and that they should give me a job to show them. I did get a reply saying I wasn’t successufl – shame)

Anyway – He then asked “So how much is Bitcoin worth now then, about £10 each?”

I nearly fell off my Unicorn.

I explained that Bitcoin was more like £10 Grand each and that it had dropped recently, so probably a good time to get involved with it, but that these coins were just for show (Remember, if you’re taking more than £10k in cash through customs you have to declare it).

And there ended our little 25 minute journey through airport security.

So glad I paid the £15 to fast track us through. In the end he couldn’t find anything in my backpack other than my Frys Peppermint Creams.

Anyway – I asked him to join my Bitcoin Group – but I doubt he will to be honest – nice guy and all – but just being nice won’t get him out of that shitty job peeking into peoples backpacks at 5am every morning.

If he wants to make a change in 2018 – he’s going to have to step up a bit and take a few more chances in life.

You can join the group here : https://www.facebook.com/groups/getstartedinbitcoin/