Consumer Products M&A – What Do Strategic Acquirers Look For? 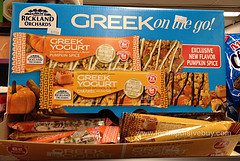 M&A activity in the consumer products space is hot (PwC – see below). We see it every day on CircleUp, where the early stage consumer companies we have worked with have raised over $20 million in just 18 months. But the increased pace of consumer investing is not limited to growth equity investments of the kind we facilitate on CircleUp. According to PwC’s U.S. Retail and Consumer M&A Insights 2012 Year in Review, $91 billion in consumer and retail deals were announced during 2012 (deals >$50 million)—more than double 2011’s volume of $43 billion. The Kauffman Foundation notes that the most common method of exit for investor-backed consumer companies is a sale to a strategic acquirer, and with large CPG companies hungry for innovation and loaded with cash I expect this trend to continue.

While big CPG companies like Pepsi, Kraft, Nestle and Unilever will keep acquiring small consumer companies, I’m often asked what the big CPG companies actually look for in acquisition candidates. Below are three of the most important considerations in consumer M&A:

1)      Brand. As I’ve discussed in this space before, there really isn’t much IP in the CPG industry. A trip to the grocery store should convince you of this: there are countless varieties of salad dressings, salty snacks, or nutrition bars that taste pretty similar and are often produced by the same set of contract manufacturers. But the reason why some of these products succeed and others fail often comes down to brand. When B&G Foods (BGS) acquired Rickland Orchards, a marketer of Greek yogurt-coated granola bars, this fall for $57.5 million, it wasn’t because they were doing proprietary manufacturing: there is a ton of contract manufacturing capacity for nutrition bars. B&G could have easily turned to one of these manufacturers and put a similar line of products on the shelves. The reason they didn’t is because Rickland built a brand that resonated with consumers. Big CPG companies will use measures like net promoter score (a measure of what portion of consumers will strongly advocate for your brand) and social listening tools to determine whether you’re creating the next Oreo or the next Hydrox.

2)      Contribution Margin. While a private equity investor is typically laser-focused on a potential target’s EBITDA, strategic buyers are laser-focused on contribution margin: what are the costs of running your business that will not change regardless of the owner. Typically, this boils down to gross margin less some SG&A expenses the acquirer will keep in place. But strategics will often use their own sales force that is already selling products to the same buyers at the same customers and consolidate back office operations with their own. As a result, they are less concerned with your true EBITDA. Because of this, delivering gross margins that are strong relative to your category (e.g. 40% gross margins are fantastic in refrigerated meats but terrible for personal care) is essential. Even if a potential acquirer will shift your manufacturing to their own plant, gross margin is still essential.

3)      Retail “Sell Thru”. The first wave of any CPG company’s growth comes through distribution expansion—adding new customers and new stores. However, eventually the white space for distribution gets filled in and companies need to rely on same-store sales growth to drive the top line. Additionally, same-store sales growth proves that a brand resonates with consumers—a slick marketing strategy or strong promoted price may get consumers to try the product the first time, but selling more product in the same stores year after year shows that consumers actually like your product and are continuing to buy more. This means that a company should be laser-focused on sell-thru data and same-store sales growth, and they can obtain this information from companies like SPINS (natural channel), IRI, AC Nielsen and individual retailers like Walmart and Whole Foods.

There are many other considerations for M&A in the consumer industry that ring true for any industry (e.g. acquiring to expand a company’s geographic footprint, acquiring to enter a new product category), but the three considerations above are unique to consumer and essential to any CPG company that wants to realize a potentially great exit to a strategic acquirer.