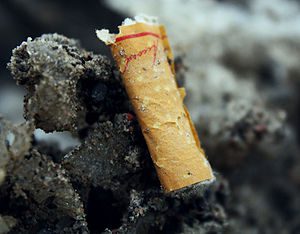 Last week, the Tax Court upheld an IRS deficiency notice of nearly forty million dollars against Vidal Suriel for the years 2004 and 2006.  The deficiencies relate to the timing of deductions for payments due under the Tobacco Master Settlement Agreement (MSA).  Mr. Suriel was the sole owner of Vibo Corp, which had made an S election.  Doing business as General Tobacco, Vibo sold less expensive cigarette brands such as GT-one, Bronco and Silver.  The company started selling cigarettes in 2000 and managed to make it into fifth position in the cigarette business.  That’s like being Grant Thornton in public accounting or maybe McGladrey depending on whom you ask.  Mr. Suriel might feel particularly stung by this tax decision, since by some accounts the MSA was his company’s downfall.

Sometime late in the last millennium, it came out that the tobacco companies maybe kind of sort of knew that cigarettes were bad for people.  Back when they were still doing TV commercials, you might have gotten the opposite impression

So there were a lot of lawsuits against the tobacco companies.   In 1998 the companies entered into an agreement with attorneys general of 46 states that got the companies out from under all the lawsuits in exchange for them paying the states a boatload of money and agreeing to stop telling little kids that cigarettes were good for them.  It’s more complicated, but that is the gist of the MSA it as far as I can tell.  You can go here if you want to look into the agreement further.

Of course, Vibo was not even selling cigarettes then, so it was not a party to the original agreement.  There was a concern that companies that were not party to the agreement might have a competitive advantage, so laws were passed to require those companies to make escrow payments to states just in case they ever had judgments recorded against them.  Apparently that and some other concerns made it really difficult to sell cigarettes without being a party to the MSA.

In 2004, Vibo decided to join in the Master Settlement agreement, which required it to make a catch up payment and to make ongoing payments.

Put It In Purchases

There were a lot of little bits of advice that I received early in my career that I thought it best not to take.  One or them was recommending to clients that they put any disbursements of dubious destructibility into purchases, since nobody ever looks there.  Somehow I doubt that that was the reasoning behind Vibo deducting $295,549,083 of MSA obligations, both present and past, as part of its cost of goods sold (COGS) for 2004.  According to some of the stories their sales peaked at around $365,000,000, so, even as part of cost of goods sold, just under 300 million would still stick out.

The reasoning behind the treatment as COGS was that Vibo had not really entered into the agreement for itself, but rather on behalf of Productora Tabacalera De Colombia S.A. which produced all the cigarettes that Vibo sold.  In order to understand why the Tax Court did not buy that argument, you need to follow a discussion of the details of the MSA that is beyond tedious.  Anybody who can dip into the decision and explain it in a few sentences in the comment section will have my undying admiration.

Why Does It Matter?

The reason it would have been nice to deduct the MSA obligations in COGS is that Vibo, being on the accrual basis of accounting, might have been able to deduct the obligation even though it had not yet paid it.  One of the requirements of a deduction is “economic performance”.  In the case of payments to a qualified settlement fund, “economic performance” means actual payment.  None of the deducted payments were made in 2004, so no deduction was allowed in 2004.  Deductions in 2006 were limited to the amounts actually paid.

Vibo got out of the cigarette business in 2010 primarily because it could not keep up with the payments required by the MSA. The company argued that late entrants into the MSA got a worse deal than the original signers making the agreement anti-competitive.  The Sixth Circuit did not give them any sympathy in its 2012 decision that upheld the MSA.  If GT-one was your favorite brand, though, you can still get some on e-bay.  Giel York Tobacco has taken over marketing  the Bronco brand.  Silver brand smokers may be out of luck.