Christmas. A time for Stress, bad money management and fear ? 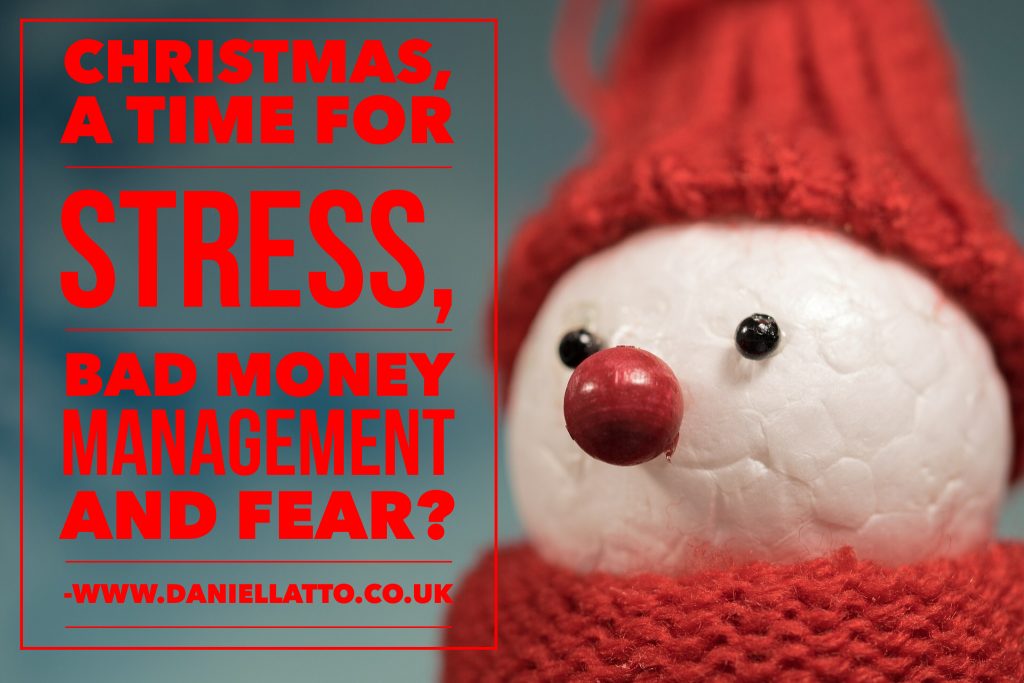 December 24, 2014 in Inspiration and Motivation

Christmas. A time for spending money on stuff your kids won’t appreciate, end up playing with just the box and so on.

All for one magical special day. The ‘spirit’ seems to have been lost somewhat and I am also responsible for that.

I never really enjoyed Xmas and as a parent to 2 girls and a brand new baby girl, the temptation to but as much ‘stuff’ as possible is very real.

My experience however tells me that my kids prefer my time to packed goods designed so that parents can spend as little time with their kids as possible.   iPods, kindles, wii’s and so on are great gadgets, but basically designed around a ‘don’t bother me’ result for the parent.

So this year we changed it up. We spent our money on board games, arts and crafts, baking – all stuff that takes a parent time to get involved with.

In addition to that, we’ve cut the budget. I know many people who try and spend as much as they can in order to not feel guilty on Xmas morning.

As a father who has gone through the family court system, guilt comes with the territory anyway!

So I figured I just wouldn’t feel guilty about not spending a fortune.

That’s it. We’ve got lots of little presents, lots of things that we can all do together.

It’s safe to say that with more houses than days in a month, I’m doing ok and can afford more than that. A lot more.

But that’s not what it’s about. The spirit of Xmas for me is about spending time with loved ones, helping them bake, paint, build a castle and so on.

In Spain, the kids get 3 presents. Maybe a few more gifts but that’s it. Even the rich kids.

It’s about spending time with family and not just gifts for the sake of it and that’s what we wanted too.

So for those that are spending way too much, I personally don’t think it’s needed.

I find I’m coming more anti consumerism every year when Xmas seems to start in October.

There are people freezing on the streets and someone spends nearly £100 on a fricking furby that after a week of it not shutting up will have it’s batteries removed!

Of course all this is just my opinion (typed on an iPhone at 6.15am Xmas Eve because baby is wide awake!)

There could be some sleep deprivation going on here. But I’ve been thinking about this for a few days now and wanted to get it out there.

We all do Xmas differently and there is no ‘right way’.

I just wanted to say that despite some decent wealth going on – we cut our costs this year in the hope of improving the level of connection with our loved ones through the time we spend doing the things they love with them.

Don’t feel guilty if you feel your pile of presents isn’t big enough.

You can’t wrap ‘time spent’ and that’s the most important gift of all.