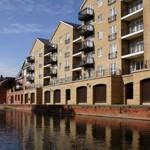 Latest research by leading online estate agent, eMoov.co.uk, has highlighted how much UK homeowners made over the course of last year, through the increase in the value of their property.

With the inflated state of the property market in the capital, it’s almost a given that homeowners across the length and breadth of London have enjoyed some of the tidiest profits.  On average they bolstered their yearly income by £58,000 across the 32 boroughs, that’s £35 an hour, considerably higher than the minimum wage paid in the UK.

The London Borough of Camden saw the biggest rise, along with Westminster, with an increase of over £125,000 a year, £75 for every working hour, that’s an incredible £1.25 every working minute.

Homeowners in Islington, Kensington and Chelsea, Lambeth, Richmond and Southwark also enjoyed increases of over £70,000 for the year, between £40 and £55 for every working hour.

Barking and Dagenham saw the smallest increase across the capital at £27,000, however at a working rate of £16, homeowners in the borough have still picked up an additional income equivalent to the average UK salary.

The growing demand for affordable property in London’s commuter belt has seen property demand increase around the outskirts of the capital. Homeowners in the London commuter belt enjoyed an increase of £29,000 over the year, less than half that of the capital, but notable none the less. This still translates to £17 for every hour worked and £561 for every full week, a comforting figure to off-set those additional hours spent commuting each day.

Watford, Reading, Oxford, Brentwood and Aylesbury all ranked highest, as the most lucrative commuter zones for property value increase. Homeowners in these commuter spots made £798 a week and more than £20 an hour, thanks to the increasing value of their property

Outside of the South East

Outside of the London South East property bubble, the average increase drops, but homeowners still made £11,000 on average during 2015. At £7 for every working hour in the year, that’s still more than the minimum wage in the UK.

There were healthy increases for homeowners across the rest of the UK with Sefton, Solihull, Trafford, Southampton, Northampton, Bristol and Wiltshire all making between £10 and £16 an hour whilst at work and between £370 and £525 a week.

Unfortunately for homeowners in Durham, the city saw the smallest increase in property values, over the course of 2015. With an increase of just £607, it was the only location to see a return of less £15 weekly, and less than £1 for every hour its homeowners were at work (36p). Potentially down to the repercussions of the recent flooding in the area.

“Homeownership is not only one of the biggest decisions in life but also one of, if not the most expensive asset us Brits will ever own. However getting over the hump of homeownership and the costs that come with it can certainly pay dividends in the long run, as this research shows.

London is always going to dominate in terms of property value increase, but even outside of the South East, UK homeowners across the board have enjoyed an increase in property value equivalent to a second salary.”