Are You Making The Most Of The New Twitter Changes?

Twitter recently changed the way that it counts characters in the tweets that you send out.  You are still only able to send out 140 characters but now @names in replies, media attachments (like photos, GIFs, videos, and polls) and quoted Tweets will no longer be counted.  One of the big issues with keeping engagement going on Twitter was that if you retweeted a tweet, the tweet you were retweeting was counted in as characters that were being used by you.  As people were trying to cram in as much as they could into the 140 characters it meant that you couldn’t engage by adding your own opinions to the tweet unless they had used a small amount of characters.  By doing this, Twitter are opening up that space for you.

How Will The New Tweets Look?

The tweet structure is now changing because of all of this to accommodate the character layout.  Here is an example from Twitter about how they used to set tweets out compared to now. 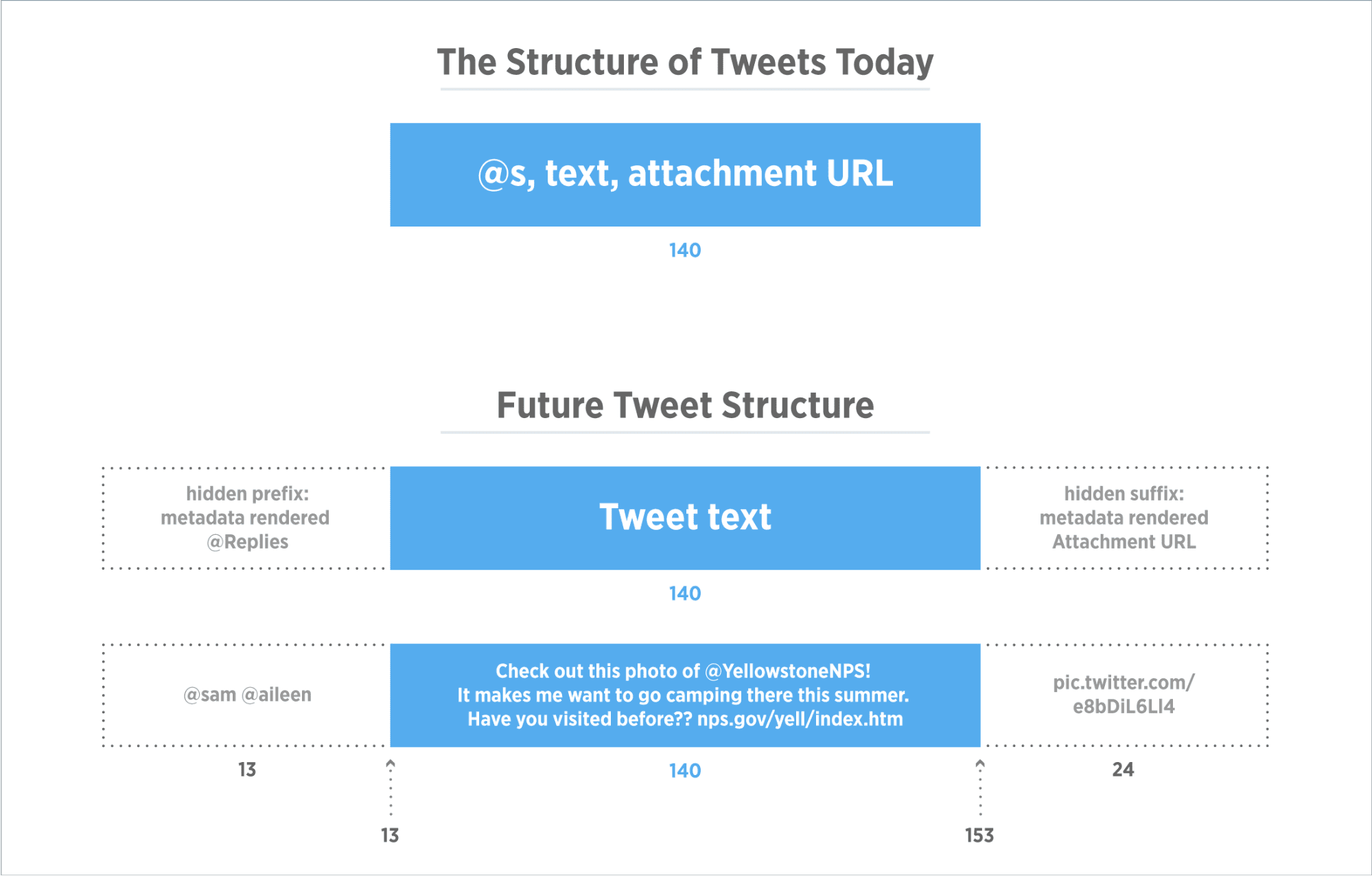 As you can see from the image above, all of your @replies and @mentions will be placed before the text automatically.  You will then get the text that you want to send followed by the link which shows the attached media.

Also, when a tweet is posted in reply to another account, the name will be displayed in a format similar to the image below, giving the feel of a threaded conversation.  Note that when a Tweet is in reply to multiple people, the name of the person whom the author is directly replying to should be prioritised.  This will end the confusion that could sometimes happen when 3 or more people were in a chain of tweets and make it much clearer about who is replying to who.

How You Can Make Full Use Of The New Changes

Having the full 140 characters available because you don’t have to think about how many characters are in people’s Twitter handles means that you can pack more into your replies.  Say, if you had a customer service query, you could give more detail and also add a GIF on the end saying something like “Thanks For Reaching Out” or a screencast showing them how to resolve their issue.

A great way of standing out on Twitter is to use visuals.  Studies have shown that visual and media attachments on tweets are a big factor in boosting engagement and retweets.  One study by Twitter found that photos average a 35% boost in retweets and videos get a 28% boost: 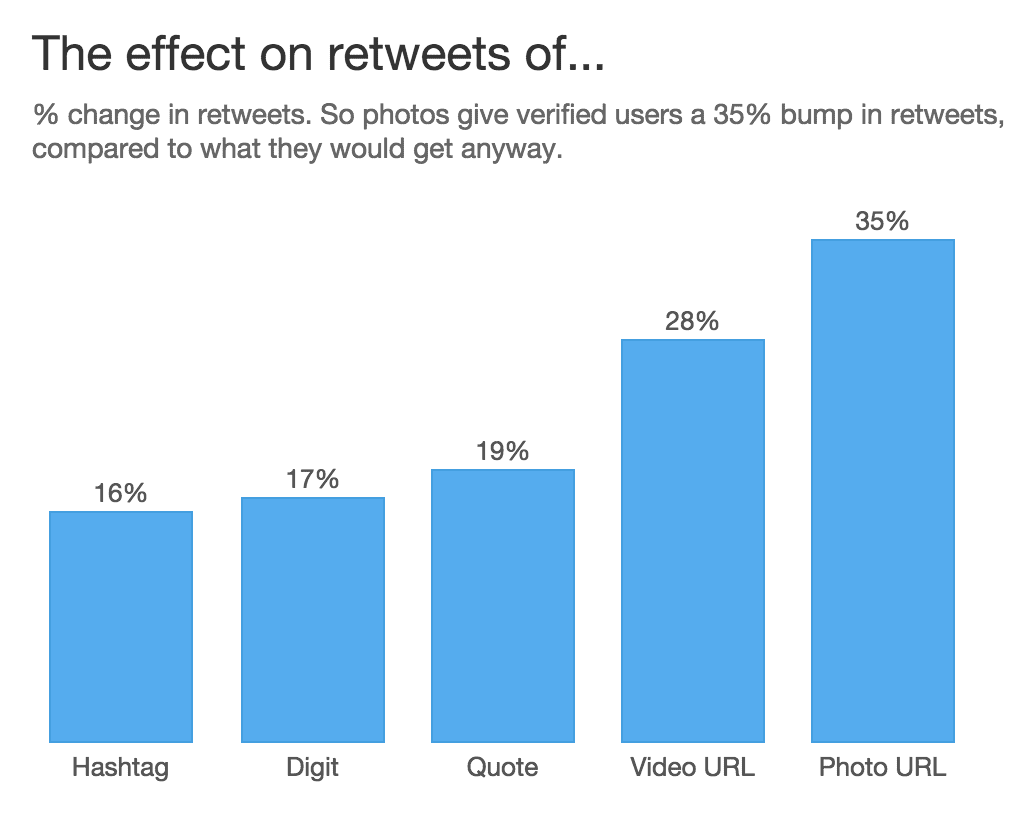 In the past it was more difficult on Twitter to had these visuals included within your tweet whilst staying within the 140 character limit.  Now that this has been made easier for you, there’s no reason to not start making more visual tweets.

You will now be able to use this extra character space to include stunning visuals, videos, product demos, and more within your tweets.

To do this you simply share your first tweet and then quote tweet yourself giving you an extra 140 characters to use.  This now takes you up to 280 characters for a tweet if you really need it.

Opportunity For Having Better Conversations

One of the great things about Twitter is the way that the platform engages conversation.  Because you no longer have to worry about counting in people’s Twitter handles into your character limit, you are able to pack more into what you say.

Previously if you were having a conversation on Twitter with 2 or 3 people at once, you were limited in what you could say.  Often you had to forget about quote tweeting someone in these situations as there just wasn’t the character space available

Go and take some time to play around with these new changes and incorporate them into your social media strategy.  Use your creativity to see how you can make things different in how you approach Twitter now.  Add a comment below to let me know what you will be trying out first and by when you are going to do that so you have some public accountability.  Then after you’ve done it, come back and share what you’ve done.