15 Ways To Make Much Better Decisions 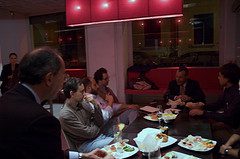 After Stephen Elop took over as CEO of Nokia a couple of years back one of his most dramatic interventions was the burning platform memo. The key sentence in an email memo, sent by Elop to Nokia staff in February 2011, was this: “We poured gasoline on our own burning platform. I believe we have lacked accountability and leadership to align and direct the company through these disruptive times.”

From then on he began making his own decisions rather than trying to bring Nokia’s various, historical planning streams towards some kind of unity and success.

You could argue he made disastrous decisions and limited Nokia’s options – but significantly he made decisions that hauled the company off  a development path that looked shaky to say the least. In short he made decisions whereas his predecessors had lost the knack.

We assume that one thing companies do relatively well is make decisions. Yet, I suspect there is a decision making crisis and Elop’s intervention is just one example of it (pre and post the burning platform).

With a few honorable exceptions companies do not have rational decision-making processes that can lead them off bad pathways or create fruitful new ones. They do not know how to transform to meet today’s conditions. This is a crisis of process as much as of talent.

It’s not that executives are dumb. It’s more that decision-making is a sociologically bounded activity with limited scope for initiative and rationality. That’s the result of how corporate processes are currently set up.

Over the past three months I’ve been involved in a fascinating project to look at how major companies make their key decisions. My emphatic statement just now is a result of that research.

The research was spurred by moments like the burning platform memo, moments when major companies are saying – we are making all the wrong decisions. It looks specifically at how companies make decisions about innovation and transformation.

I worked on the research with Bryan Kirschner, Director of the Apigee Institute and former Director of Open Source Strategy at Microsoft, (I have interviewed 29 companies so far, those are in-depth, 30 – 60 minute interviews, and Bryan undertook a quantitative survey of 300). On a transparency note my participation was funded by Apigee, the API management company and ultimate owners of the Institute.

The first part of the results are now published in a paper called Swapping Innovation for Transformation, Core Competency for Fluid Core. It builds on some of the issues I raised in the Fluid Core paper published in June.

What cripples companies like Nokia and RIM is an inability to multiply their options and then make good decisions in uncertain times, an unwillingness to address new infrastructure, people and innovation issues. Put another way they are not using innovation as a tool for transformation and a big part of the problem is faulty decision-making processes.

I’ll come back with more on the research, but for now what I have tried to do is create a checklist for better decision making, based on the in-depth interviews.

1. Make space for projecting ahead. You’d be surprised how few companies seem to do it. Decisions often get made without the right information and process to optimize the outcome r to fit the decision in the right context. Sounds obvious, yet some companies actually avoid decisions-as-process. As one interviewee put it, her company only made big decisions when faced with crisis, often when it was too late. In fact they routinely delayed decisions until they became crises. They were more comfortable fighting fires than with finding a truly interactive process where peers could co-decide.

2. Push back on ROI. Creating space for projects to evolve, often means pushing back on financial metrics. Many companies with strong decision-making capability limit their criteria to financial metrics like ROI/NPV. It’s hard to be transformational with those criteria, even though decisions are easier to make when it’s just down to the numbers . Many of the companies I interviewed that had a strong ROI culture invested very little in their foundational capabilities. Enough said. Yet, fitting into the future is impossible without improving foundational capabilities.